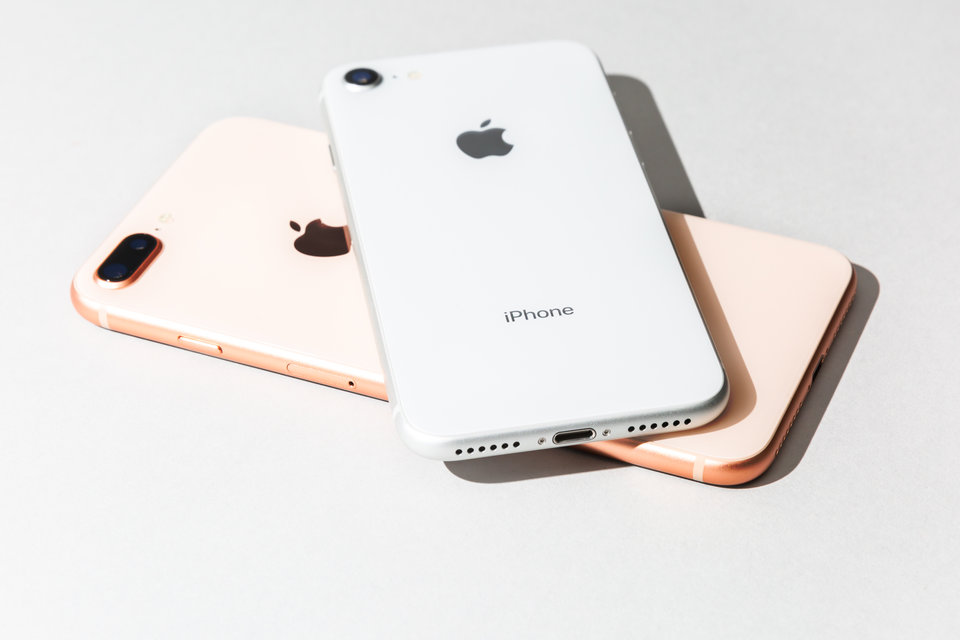 iPhone 8, iPhone 8 Plus and iPhone X – Read This Before You Buy.

Maybe this is the reason why  there seems to be some “mixed signal” regarding the sales of  iPhone 8, iPhone 8 Plus and iPhone X. So before we get into the “spec” comparison between iPhone 8 and iPhone X, let’s take a look at some report on the sales of this 3 New iPhones (the iPhone 8, iPhone 8 Plus, and the “super costly” iPhone X.) since Apple brings them to the market last year.

iPhone 8, 8 Plus and iPhone X In Terms Of Sales Quantity

According to a report on Jan 2018 by Yoni Heiser, a content contributor of BGR.com, a new report from Consumer Intelligence Research Partners (CIRP) relays that Apple’s flagship iPhone was not the most popular iPhone model during the recent holiday quarter. According to data tabulated by CIRP, the iPhone X accounted for approximately 20% of all iPhone sales last quarter. Apple’s two iPhone 8 models, meanwhile, cumulatively accounted for 41% of iPhone sales during the quarter.

iPhone 8, 8 Plus and iPhone X In Terms Of Sales Profit (Via fortune.com)

Yet Don Reisinger from fortune.com reported in terms of profit, iPhone X is doing much better than Iphone8.

“The flagship Apple handset nabbed 35% of the smartphone market’s profits during the fourth quarter, market researcher Counterpoint reported on Tuesday. The iPhone X was the most profitable smartphone on the market, topping Apple’s iPhone 8, which captured 19.1% of the industry’s worldwide profits, according to Counterpoint. The iPhone 8 Plus landed in third place with 15.2% profit share.”

In total, Apple’s handsets, ranging from the budget-friendly iPhone SE to the expensive iPhone X, earned 90% of the industry’s profits during the fourth quarter.”

The above report may seemd contradicting on the surface, yet when you look at the proce point of these iPhone 8 iPhone8 Plus and iPhoneX,which start at $700, $800, and $1,000, respectively, it’s not hard to imagine why iPhone8 and 8 Plus sold more units in the beginning, yet iPhoneX earn more profit overall.

So what does all these got to do on your purchase decision? Well, depending on how you look at it, it could be nothing or….everything.

See, we know that iPhoneX do have certain “extra perks” that make it the most advance iPhone or even smart phone we have in the market today, yet the iPhone8(and iPhone8 Plus) are not really that far behind. Does those “extra” justify the extra USD200-USD300 for iPhone X, you be the judge.

Here’s a quick snapshot the 9 reasons why consumer (or you) may still consider getting an iPhone 8 or iPhone 8 Plus instead of the iPhone X,according to a report by Dave Smith from BusinessInsider.com… 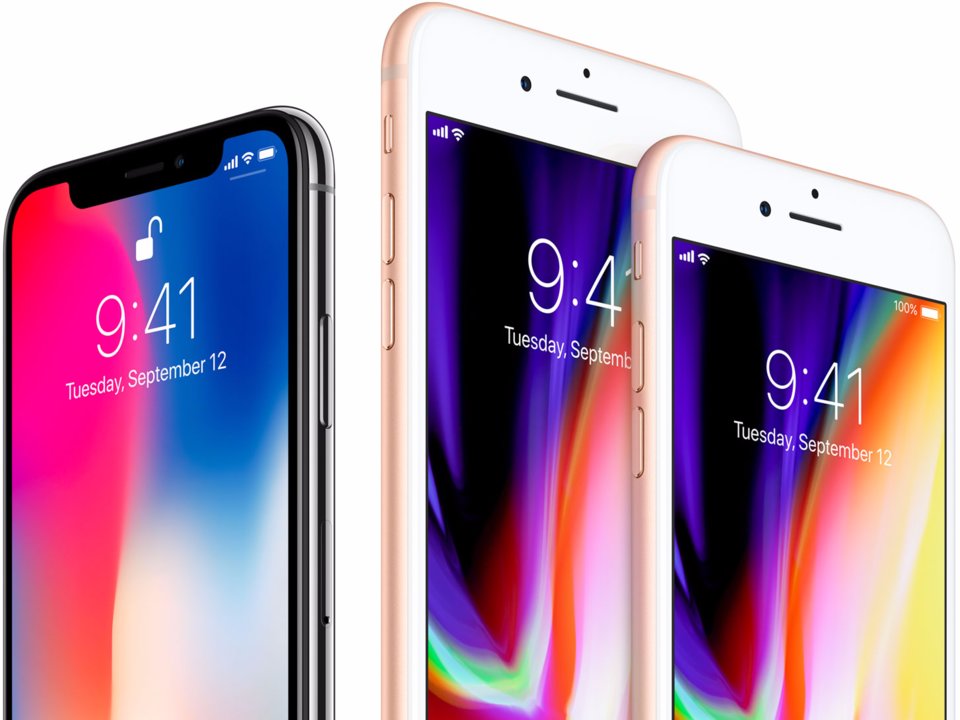 Now, here’s some more facts as reported by Dave…

2 The iPhone 8, iPhone 8 Plus and iPhone X used the same Technology

In terms of the Main Technology used on the iPhone 8, iPhone 8 Plus and iPhone X are identical. All 3 phones are powered by Apple’s new A11 Bionic chip, a neural engine, and the M11 motion coprocessor. The difference is really is how these technology are used between iPhone 8 and iPhone X. The iPhone X uses the A11 chip and neural engine for its new face-detection system, Face ID, which the iPhone 8 does not have.

Also, all 3 iPhones are running on iOS 11, which pretty much mean the iPhone 8, iPhone 8 Plus and iPhone X share the same same great apps and ecosystem.

While Dave own an iPhone X with Face ID works well most of the time — but as his colleague Tony points out, Face ID is less reliable than Touch ID, and not as fast.

Dave wrote further: ” Face ID is very good. Apple says it’s less prone to being tricked than Touch ID, and can work in most situations where you think it wouldn’t: in the dark, if you add hats or glasses, or if you make actual changes to your face. Still, Touch ID is comfortable to use, works almost instantaneously, and doesn’t require you physically look at the phone”

4.  iPhone 8, iPhone 8 Plus and IPhoneX all support Wireless and Fast Charging. 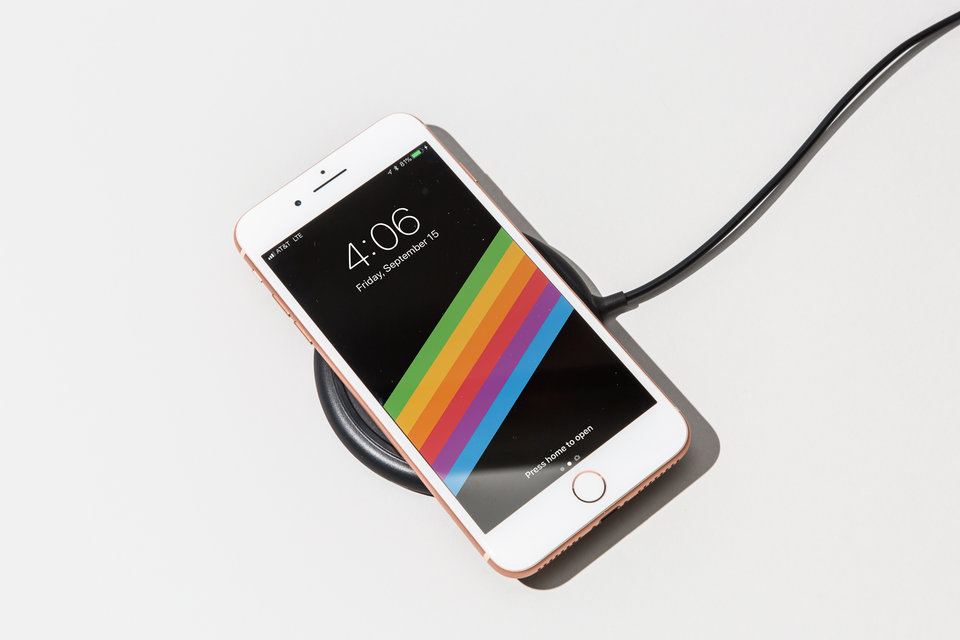 Yes, they all used the Qi wireless-charging standard, and more importantly… fast charging which is kind of a “Main Stream”spec for smart phones, both Apple and Android.

But Dave do see one downside for this specification…

“The downside, unfortunately, is that you’ll have to buy extra accessories if you use either new charging method with any of these new iPhones. Apple offers several Qi wireless-charging pads (its own AirPower pad won’t be out until later this year), and you’ll need to buy $25 to $75 worth of equipment (a Lightning-to-USB-C cable and a USB-C Power Delivery-compatible charger, specifically) if you want to use fast charging for your iPhone 8, 8 Plus, or iPhone X.”

This mean that you will need to spend MORE money to use this feature on the already high priced of these iPhones, iPhoneX especially.

5. Both iPhone 8 Plus and the iPhone X have have identical rear cameras but…

If “iPhone Photography” is you thing, you need to know this  the rear cameras on the iPhone 8 Plus and the iPhone X are nearly identical. The iPhone 8 is  great on itself,  iPhone 8 Plus offer an extra second telephoto lens for you to zoom in without losing photo quality.

However,  iPhone X in this case, do offer some perks, it comes with a optical image stabilization for both the wide-angle and telephoto lenses for sharper images, especially in low-light settings while the iPhone 8 Plus only have this technology for wide-angle lens. Now how about the “Front Camera” of iPhone 8, iPhone 8 Plus and iPhone X? Well…. Identical Front Camera Spec of iPhone 8, iPhone 8 Plus and iPhoneX :

The FaceTime HD cameras of the iPhone 8 and the 8 Plus and iPhone X’s TrueDepth camera system are pretty much the same in functions, with 7-megapixel photos, a ƒ/2.2 aperture  and all 3 iPhones shoot video in 1080p.

However, iPhoneX do have quite a few “Extra” and exclusive features here as reported by Dave

“… iPhone X has a few “exclusive” software features: Portrait Mode for the front-facing camera (in addition to the back); Portrait Lighting, which lets you remove backgrounds in your selfies for a dramatic effect; and Animoji, which lets you send animated emojis to your friends that mimic your facial expressions and even speak using your voice. But as someone who owns an iPhone X, I’d argue none of those features are worth the price difference between the iPhone 8 and iPhone X.” 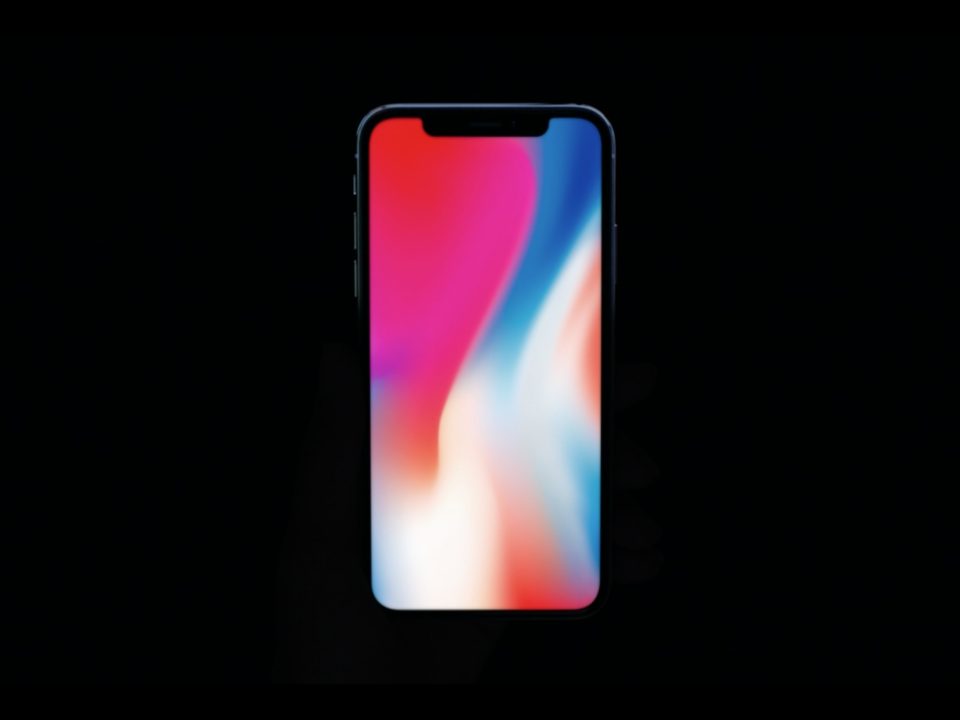 Here’s what Dave think :”The TrueDepth camera system is the lone interruption on the iPhone X’s beautiful edge-to-edge display. I don’t mind the notch too much on my own iPhone X, but I still notice it all the time.”

Well this “notch” won’t kill, but could be kind of irritating when you watch a video. Moreover, most apps in the market  have yet to be matched for the unique shape and layout of the iPhone X, which means, apps will look as if you’re running them on an iPhone 7 or iPhone 8, with most of the screen’s area unused.

8. Dimension: Why iPhone 8 and iPhone 8 Plus may win over iPhone X.

Yes, iPhone 8 and 8 Plus may a bit heavier to iPhone 7 and 7 Plus but their dimension is almost the same, with slight differences in terms of height, length, and depth( All less than a millimeter), which means you can still use your old iPhone 7 cases, saving some money to get new cases.

On the other hand, the iPhone X’s dimensions are completely different from any of those older version iPhones, so you may need to spend some more for cases.